Back outside yesterday with the weedeater. It worked fine for about 30 minutes before doing same; running on half choke helped, but not permanent. Thanks to a reader, I’ll check the spark arrestor to see is it’s clogged.

After that was done, I got on the mower, dropped the deck a notch, and went over the front yard again…I had just trimmed it to reveal the location of the rocks.

Then I mowed the section behind the house, then part of the section by the bunkhouse, which has not been touched since October…2 feet tall grass and weeds there. 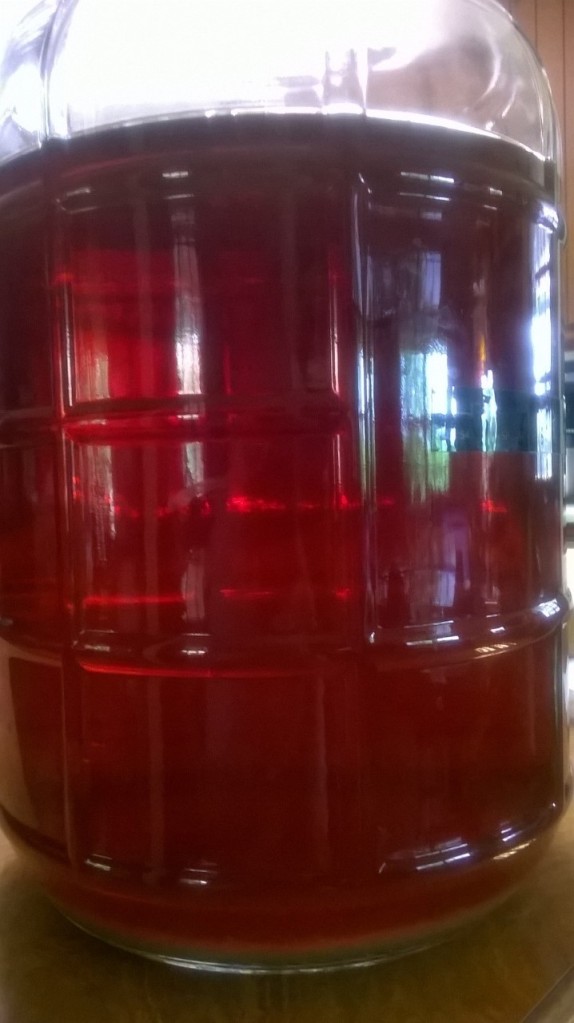 A small sample has revealed it is not nearly as tart as the previous tasting; no doubt because of the raisins. It is faintly sweet, telling me that the yeast died off, leaving some residual sugar behind…pure luck, and I’ll take it.

The next racking should be bottling time, as there shouldn’t be much, if any trub left.

OR, we could just dump the rest into gallon jugs, put them in the deep freeze, and when they’re mostly frozen, turn them upside down, and the apple jack will run out. I should probably try it at least once….X the shine runner…

Like I don’t have enough issues with Johnny Law already.