I don’t call this blog Redefining Sarcasm for nuthin’.

I don’t understand why this story makes national news, but OK.

A gal named Gabby Petito went missing on a camping trip with her BF Brian Laundrie while in Wyoming.

Laundrie has since returned home to mom and dad in Florida, where he became the prime suspect, after a body was found in the Wyoming campgrounds.

The FBI descended on mom’s house with battering rams, armed agents, and lots of sunglasses clad “undercover agents”, there they searched the premises for son, Brian. Carrying personal defense shields while searching trash cans, they FBI has shown its true color once again; yellow.

Brian apparently disappeared into the wilds of Florida, and the FBI decided not to pursue on foot into the alligator infested area known to locals as the “Forest of the Flying Monkeys” where no one comes out alive.

A forensic pathologist from Sheridan, Wyoming will travel 360 miles east to Teton County Coroner’s Office to perform the autopsy.

I hate to be the one (no, I am actually enjoying this) but Sheridan is EAST of the Bridger Teton forest in NW Wyoming, but that’s the idiot media for ya. Those dumbasses still think San Antonio is south Texas.

Go WEST you fools! not EAST! 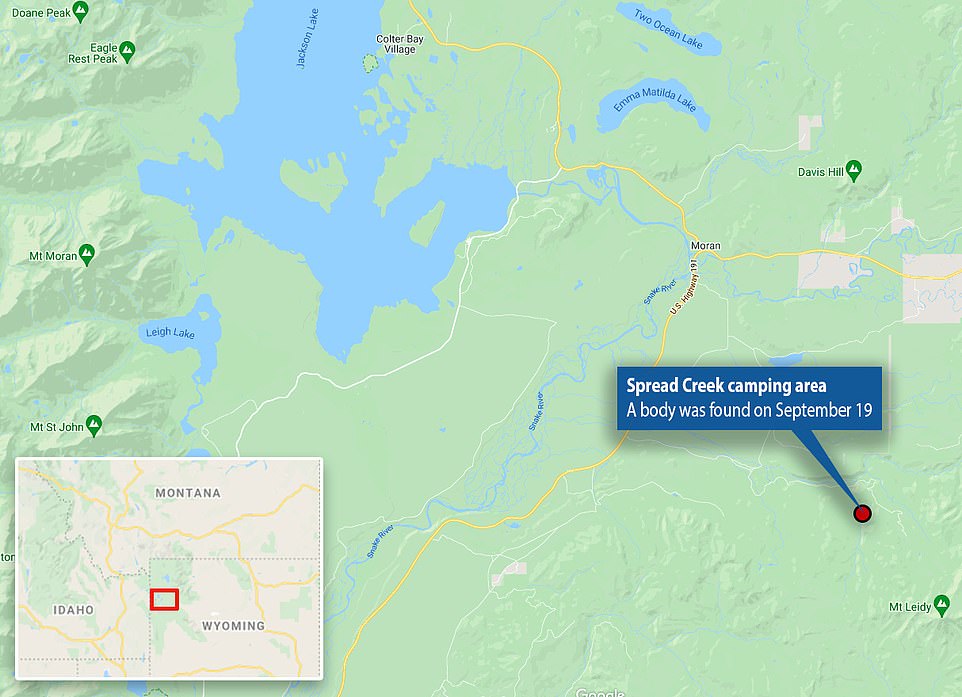 Oh well, it’ll give the so called pathologist time to jot down cause of death, which will no doubt be COVID.

It is unclear at the time of this writing whether or not mom and dad Laundrie were hauled away to a windowless dungeon, with nothing in their cells except a well used Folgers coffee can. Torture will be imminent, and likely will included non stop videos of Dr Foochie rubbing Creepy Joe’s legs.

They have not been charged, but likely it will be aiding and abetting a domestic terrorist. No doubt, the Missus will be called upon to perform sexual favors for her captors.

If the media can make shit up…so can I.